A Gathering Place for the Acorn Community

Greetings acorn lovers and the curious.  Oak catkins have fallen here and leaves are full and fresh. How are things in the woods near you?

So many traditions celebrate this time of year for light, warm weather, the developing harvest.  Of course, we love the tales that feature the Oak King.  However you observe, may you find your ways outdoors to  explore,  experience, and enjoy this branch of the cycle.

Now, back to the beginning… We stratified some prize (large) red oak acorns this  winter and planted for the planet this spring…

Want to know whats going on up there in the oaks in your neighborhood?  Excellent (brief) paper about acorn development from the University of Tennessee. For children, check out Little Acorn Learning    and  here’s a wonderful oak growing guide from the Wisconsin Department of Natural Resources if you want to get your hands dirty and midwife a mighty oak. We’re all in this together.

Thanks to Kym, for this fun find:

Thanks to Jonathan, for this recent Wall Street Times article  “Best Friend in Quarantine“

Be well and safe.  Remember, it’s good luck to have an acorn in your pocket.

Hours of  light and dark today are of almost equal length. Some of our red acorns have sprouted, and will be looking for a place to grow,  ideas and adoptions welcome.  Meantime,  check out Neil Bromhall’s wonderful time lapse  of an acorn sprouting in his studio.

For more information about seasons equinox and solstices, click here.

Balance is a welcome concept.  May everyone continue to find new ways to pace thoughtfully, take care of self,  community,  and  our ecosystem. We are all in this together.

Keep calm and carry an acorn.

Thanks to D Acres for hosting  in that beautiful bright & warm space, bravo to all who brought  oak art, acorn foods & beverages,  music,  and more.  Exciting  projects  in the works for 2020, with incoming board members: Marcie Mayer, Myles Green,  Heather Russo and Carol Ayoob. Details soon!

Younger sports hunted for golden acorns, colored fantastically and weighed in with some whoppers (though were soundly trounced by a Greek titan acorn)..

An enormous Kean Oak acorn clearly dwarfed the New England Red Oak acorn submissions – almost double the size.  BRAVO!  No shame in losing this contest to “Acorn Lady” mentor Marcie and her harvest from the island forest she’s helped to steward and protect.

Participation on Sunday was beyond beautiful! Please  dryads, grow and share your enthusiasm for  the science,  social, nutritional, medicinal, and natural fun of this fruit of the oak. See you in the new year!

Incidentally, one of the many names for December’s full moon is  “The Oak Moon“… 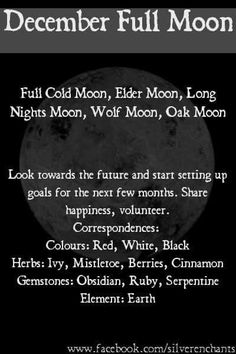 The Maine Farmer’s Almanac first published Indian names for the full Moons in the 1930’s. According to this almanac, the Algonquin tribes of what is now the northern and eastern United States named the full Moon in December or the last full Moon of the fall season the Cold Moon, due to the long, cold nights. An old European name for this Moon is the Oak Moon, a name that some believe ties back to ancient druid traditions of harvesting mistletoe from oak trees first recorded by the Roman historian Pliny the Elder in the 1st century CE. The term “druid” may derive from the Proto-Indo-European roots for “oak” and “to see,” suggesting druid means “oak knower” or “oak-seer.” Europeans also called this the Moon before Yule. Yule is an interesting celebration to learn more about…

As the full Moon closest to the winter solstice, Europeans named this the Long Night Moon. The plane of the Moon’s orbit around the Earth nearly matches the plane of the Earth’s orbit around the Sun. When the path of the Sun appears lowest in the sky for the year, the path of the full Moon opposite the Sun appears highest in the sky. For the Washington, DC, area, on Wednesday evening, December 11, 2019, moonrise will be at 4:35 PM, sunset will be 11 minutes later at 4:46 PM, the Moon will reach its highest point of the night (72.2 degrees above the horizon) just after midnight at 12:02 AM on Thursday morning, sunrise will be at 7:17 AM, and moonset will be 16 minutes later at 7:33 AM EST. The Moon will be in the sky for a total of 14 hours 58 minutes, with 14 hours 13 minutes of this when the Sun is down, making Wednesday night into Thursday morning, December 11 to 12, 2019, the longest full Moon night of the year.

A good time to quietly contemplate the year past, dream a bit and envision where you wish to find yourself in times to come. Blessings…

The 2019 Acorn Festival opens Sunday, December 8th at 1PM with acorn talk & tour through beautiful paths of D Acres. Topics of discussion will include New England Oak Ecology, health, and other forest news. We will identify how to tell a “good” (for eating) acorn from a “bad” one, tools & techniques for gathering efficiently (with a light footprint) and how to process for human consumption.

Festival activities and contests are FREE.  We use eventbrite registration to gauge how much food to prepare –  so please REGISTER!

WHAT TO BRING: Dress for the weather (gloves, rain-coat, etc). We’ll have plenty of acorns to work with, but you are welcome to bring acorns you have gathered elsewhere. Been inspired? You can bring a submission for one or all of the acorn contests (see categories below).

Acorn contest submissions may be entered on the day (12/8/19), and will be voted on by the day’s participants.

Questions, or want to contribute to the celebration? Please use the eventbrite platform to communicate about this event, thanks!

The New England Acorn Cooperative is a young and burgeoning network of acorn enthusiasts from New England and beyond. We hold workshops on processing acorns, provide equipment for acorn-enthusiasts to process their own harvests, host acorn and wild-food dinners, and act as a support and educational network for anyone interested in oaks and their beautiful fruits.

Acorns at “The Cooking Place” in NYC!

Come see what she is up to, sample the difference between Greek and New England acorn flour, and hear what she’s been up to. Besides developing and marketing recipes with acorns, Marcie manages the exportation of acorn caps for traditional leather tanning in Germany and Turkey. The longer she works with acorns the more applications become apparent and she is now cooperating with a major natural cosmetic company to use the byproduct from acorn flour processing in cosmetics and elsewhere. Join her for some superfood fun!

The first six people to sign up for the class will also receive a FREE copy of Marcie’s book, Eating Acorns.

Register for the Fairway Cooking Place event  at Eventbrite, see you there!

Check out Marcie’s most recent TED Talk too.

Join us Sunday October 6th at D Acres in NH to share acorn lore, food, and FUN. Sunday’s activities will include an acorn gathering walk, and  demonstrations and how to process for human consumption. Make a day of it! (call ahead (603) 786-2366 ) COME at 10AM FOR D ACRES ALL YOU SHOULD EAT FARM FEAST BREAKFAST

Sunday October 6th 2019 Acorn Workshop opens at 1PM with an acorn walk through beautiful paths of D Acres. Topics of discussion will include New England Oak Ecology and the practically universal cultural heritage of eating acorns. We’ll identify how to tell a “good” (for eating) acorn from a “bad” one, tools & techniques for gathering efficiently, and what “a light footprint” means.

WHAT TO BRING: Dress for the weather (gloves, rain-coat, etc). We’ll have plenty of acorns to work with, but you are welcome to bring acorns you have gathered elsewhere. The Cooperative also offers the use of the Davebilt nutcracker to the community at D Acres that day.

What a year,  thank you every body.  May 2019 be full of good people and things for all of us.

Keep calm and carry an acorn.

While our work is with the woods in our neighborhoods, we are also members of The International Oak Society – which provides scientific, social and archival services for the naturally international Querc-y community.

We treely are all connected… Climb aboard!

Acorn Festival Thanks and Fun

Thanks to D Acres for hosting;  Jesse, Jeff, Myles, Ana, Rochelle and Deb for making it come together;  & all festival participants for curiosity,  kicking in, and continuing to share what you learned this Sunday about the science,  social, nutritional, and natural fun of this fruit of the oak!

Action with the Davebuilt Nutcracker,

Triple Cap Row -a board game with red vs white acorn caps,

A treasure hunt for golden acorns,

Acorn Angels,  Yule logs and THANKS to donors for supporting the Cooperative!

Wishing you all healthy happy holiday celebrations. Keep calm and carry an acorn!

It’s a hard nut to crack! That is why one of the Cooperative’s goals is to acquire, care for and share labor-saving equipment for some stages of acorn processing. At this stage, it’s cracking!

Next Sunday (12/2)  at the 2nd Annual Acorn Festival at D Acres – is also an opportunity for anyone to bring acorns that need cracking and use the Cooperative’s  DaveBuilt nutcracker – FREE!

Please message the Cooperative on FB  to schedule a time slot to process your acorns while you sample savory and sweet acorn recipes, vote on acorn art submissions, enter for raffle prizes,  play acorn games, and join the treasure hunt for a golden acorn! Participation is free, please register so we know how much food to prepare, thanks!

Theme by Anders Noren — Up ↑